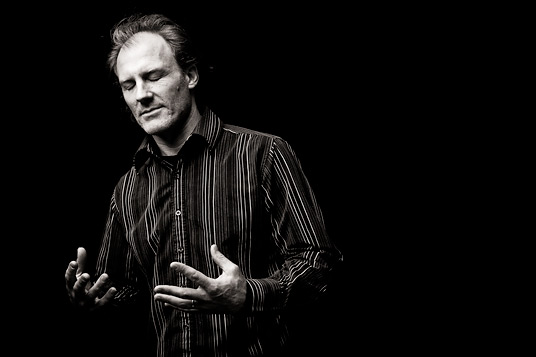 Liam Stacey grew up hiking, cycling, and canoeing in northern Idaho but only gained a particularly strong appreciation for the living world while studying physics in Chicago. He has subsequently pursued endeavors in conservation and ecology including an MS at the University of Oregon studying fungal endophytes, a year spent working on the Sri Lankan Elephant Research Project, work at organic farms in Japan and the US, and leading and volunteering for ecosystem restoration projects. After teaching at a community college for 6 years, he returned to research as a doctoral student in order to investigate differing interactions of native ants and invading Argentine ants in the fragmented coastal shrub step of Chile. Liam has also focused on music, playing the violin, guitar, and piano.

I never, ever thought that I would study insects. In fact, when I went to college, I went to study physics. I only got into biology at all because I recognized that the nature that I loved to see was disappearing, and I wanted to be on the solution team somehow.

Similarly, when I went to Chile, and I saw these beautiful shrub-steppe ecosystems, I wanted to figure out what were the threats to these small shrub-steppe communities. I started looking at the insect diversity and I discovered that these invasive ants were doing many bad things. One, they were wiping out native ants and native insects. Additionally, they appeared to be stealing a lot of nectar from flowers and dominating nectar sources which could influence which bees and butterflies could survive. So at that point, even though I didn't know anything about ants, I realized that that's what I had to study.

Let the ants crawl over you