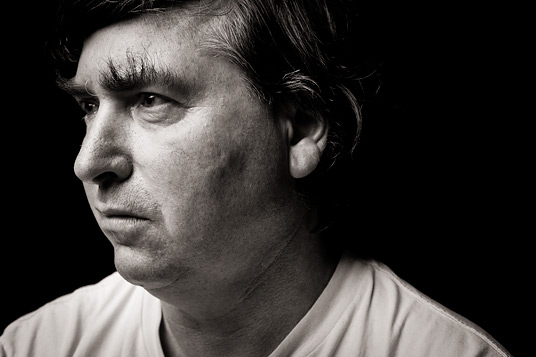 John Anderson is the W.H. Drury Professor of Ecology/Natural History at College of the Atlantic. He teaches general ecology, conservation biology, animal behavior, and sometimes environmental literature and history courses. For the past 24 years he has been studying seabirds among the islands of the Maine Archipelago. He is intrigued with the interplay between human culture and history and the natural history of landscapes. With his students he is examining the impacts of bald eagle recovery on nesting seabird populations, the impact of sea-level rise on islands, and the potential effect of industrial wind factories in the mid-water region.

I guess I always feel this encounter with natural history really is an encounter. It can be an enormously intimate experience. The thing that I think works best is to really up the ante with people, and there's something about a bird in the hand that I think is incredibly important. Even though there are times when I feel a little bit bad about doing it, I will deliberately find a chick and put it in the hands of the students. I watch them like a hawk, to make sure they're treating it as gently as possible, but again and again and again, I think they're getting more out of that minute with this chick in their hands – feeling its heart, feeling the feathers and watching its head move – than they would get from hours and hours of lecture from me.

Having that direct intimate encounter with the very very other is critically important. And I don't think it's species specific, I think it's any other that you can provide them with. I've seen botanists do exactly the same thing with plants. So, bring somebody to the plant, bring the plant to them, actually have them engage with that organism and something magical happens.

When I was a little boy, my father took me to the Sistine Chapel and there's the wonderful painting of The Creation. I was struck once we left, there were thousands of postcards outside of the hand of God reaching down to the hand of Adam. There's nothing between them, there's just plaster, but I think everybody got the point that sort of this magical spark jumps between those two points. And I think exactly the same thing happens when we encounter the other up close and very very personal. It sets them on fire and they want to go to all the trouble of learning and reading and doing the statistics because they've really had that encounter.