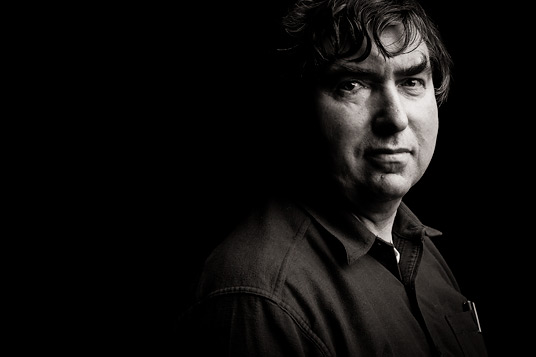 John Anderson is the W.H. Drury Professor of Ecology/Natural History at College of the Atlantic. He teaches general ecology, conservation biology, animal behavior, and sometimes environmental literature and history courses. For the past 24 years he has been studying seabirds among the islands of the Maine Archipelago. He is intrigued with the interplay between human culture and history and the natural history of landscapes. With his students he is examining the impacts of bald eagle recovery on nesting seabird populations, the impact of sea-level rise on islands, and the potential effect of industrial wind factories in the mid-water region.

I think the thing that really pushed me into studying birds – well, there were two things. One was back when I was in eighth grade, two oil tankers collided at the mouth of the Golden Gate. It was right in the middle of winter, so all the wintering birds were down on the bay.

My father was on the library committee at Berkeley and one of his graduate students knew that that meant that he had the keys to a big warehouse down in Point Richmond that the University was using to store books. It was half empty. And they said, "Is there any way you can get us in there as a bird rehab center."

So I dropped out of school for about two months in eighth grade, helping to clean oiled birds. I kept on doing that all the way through high school and into college. And then the thing that really got me taking it seriously was ZO107, the vertebrate natural history class, because suddenly this wasn't something you did for fun, or as a side thing. Here were real people who were doing that sort of thing. That was their lives. And the idea that you could actually make a living looking at birds and mammals and herpes and plants, rather than it was something you just did as a hobby, was really very exciting indeed.

On the railroad with binoculars