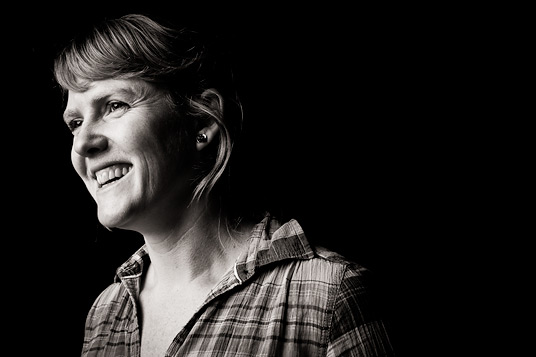 Amanda Barney is a Newfoundlander who grew up next to the North Atlantic and has never been able to stray far from salt water. She received her undergraduate degree in Marine Biology with a focus on Fisheries Oceanography from Dalhousie University. Amanda spent the next four years working for the National Marine Fisheries Services and the International Pacific Halibut Commission as an at-sea fisheries scientist living and working on fishing boats in the Gulf of Alaska and the Bering Sea. During this time that she realized the disconnect between science, policy and resource users, and had to reassess how to help sustain the culture of fishing. Amanda began her master's work at the School of Marine and Environmental Affairs, and just completed a thesis that looks at how to sustain social networks in resource dependent communities that are vulnerable to major changes. She wants to continue working with communities and organizations that are attempting to build sustainability not by managing nature but rather by creating opportunities for people to ebb and flow with the ecosystem they are a part of.

We need to be in it together and there's no formula for building community, but I think that getting rid of the hierarchy of labels is the first step. You fish, I do science, you're a politician and we all need to work together to save this piece of coastline. Natural history just seems like such an obvious universal connective thread.

Binoculars of our age