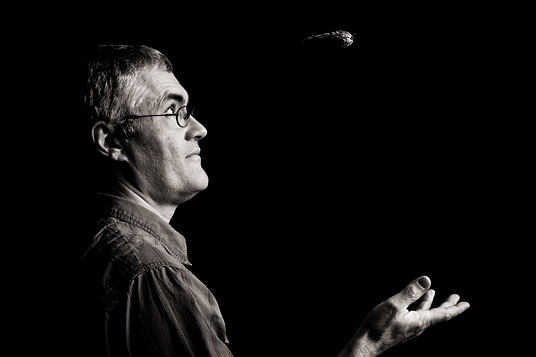 Terry Wheeler is an Associate Professor in entomology, with a focus in insect taxonomy, phylogeny and community ecology. He has also been a natural historian probably since his first mouthful of dirt in the early 1960s, although he did not realize it at the time. Terry has the good fortune to work in an institution where organismal biology is still viewed as current and relevant. As such, natural history flows through much of what he teaches and as well as his research. Terry is the director of the Lyman Entomological Museum, a collection of three million unique volumes of biodiversity data, each impaled on a pin or floating in a vial. Our research in insect taxonomy provides resolution to unravel patterns of ecological structure in arthropod communities in habitats from temperate forests to high arctic tundra, and from human-altered, restored and pristine sites.

When I was looking to buy a house a few years ago, I really was looking for something that felt as wild as it could be and still be within the city. I searched by neighborhoods looking for places that had more trees than houses. So I can almost pretend that I'm in a forest if I take the right look out my back living room window. I can watch the creepers come and go through the seasons. It just makes it easier to take that half-an-hour of staring out my window in the morning into the lab and into the office, and still feel like I'm bringing that inside a building where I have to teach people, in a room without windows, what the outside world is like.

Standing by the window

An accepted way of viewing art