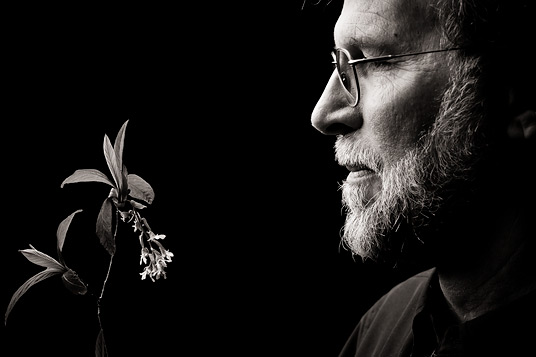 Richard Olmstead is Professor of Biology and Curator of the Herbarium, Burke Museum, at the University of Washington. His upbringing in rural upstate New York led him to an interest in natural history and the out-of-doors from several perspectives. From an early curiosity of wanting to know what all the trees were in the forests of his childhood, he developed a scientific curiosity that led to questions about the origin of the diversity of life on earth in an evolutionary sense, ultimately circling back to the evolutionary trees that comprise the forest we call biodiversity. Another stimulus from an early age was the challenge of testing oneself in the natural world, which has led to a lifetime of mountain wandering, including an 8-year hiatus while he pursued his dreams as a climbing guide. Today, his work involves research in plant phylogeny, as a tool to understand patterns of biodiversity today, documenting baseline data on biodiversity for our ecoregion in the Pacific Northwest, and educating students and the public about plant biodiversity.

It's easy to be cynical when you see the sorts of things that happen in our world today. Probably the thing that has depressed me most in my life as a scientist is seeing the increasing willful disregard for science among the population in the U.S. You see it in evolution, which is an area that is dear to my heart, you see it in studies of climate change. You see it in all manner of places where either an ideological, religious or personal gain comes ahead of the environment and the natural world.