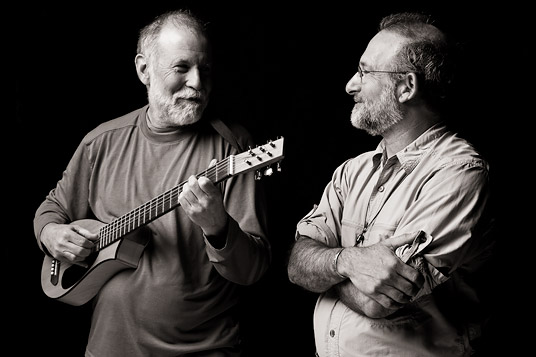 Mitch is currently the President of Unity College where he has served since 2006. For thirty years, he was the Chair of the Environmental Studies graduate programs at Antioch New England Graduate School. Much of his current work is oriented around sustainability and he serves as Co-Chair of the Steering Committee of the ACUPCC (American College and University Climate Commitment). He is the author of Bringing the Biosphere Home: Learning to Perceive Global Environmental Change (MIT Press, 2001) among other titles.

Saul Weisberg: I remember on a family camping trip, my father and my younger brother and I – I was probably 10, 12 – climbed Precipice Trail in Acadia National Park. All those rungs on the rock, and my brother in particular would lean over some precipice and hold on with one hand and say, "I'm gonna fall!" and my father would freak out. It was really cruel. But, going up to the top of that, we were sitting up there, and the whole world was spread out at your feet and this bird flew into a snag. And we had a bird book with us. I don't why we had it, but we went through it page by page, looking for that bird. And it was a scarlet tanager, so it was a bird that you could actually go, "that's it," when you saw it in the book.

And I climbed that last summer with my wife and I saw the same snag. I hadn't remembered that incident at all. But suddenly, there we were. It was really foggy, no birds around. We came around a corner, and I just had that whole memory flash back. It was an event in nature, with my family, with my father, that just seemed really powerful. He passed away four years ago, and I think it was more poignant for me because of that. But it was pretty cool to remember those things. That was the first bird I ever identified.

Mitch Thomashow: You conjured two extraordinary memories for me. When I was ten years old, we also spent several weeks at Acadia and I also climbed the Precipice Trail, although I did it with a friend of my father's because my father didn't want to do it. He was afraid of – I don't know what he was afraid of – so I would find others to do it with.

And I used to hate models. All the kids used to have model planes, and I've never been good with tools. I often joke I don't do tools. And I'd do these models and the glue would be on the outside of it; I just couldn't do it! But, someone once got me a model of a bird, and it was a scarlet tanager. I took great pains to do that well. Whereas the military planes never meant anything to me. It was the only model that I ever really cared about.

If I had that chance